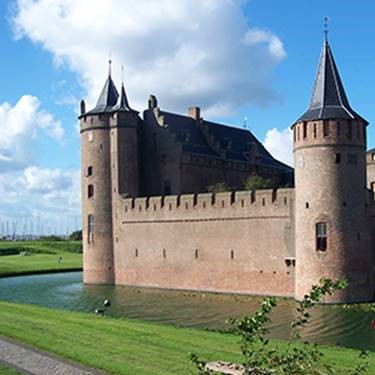 Amsterdam Castle: Muiderslot, a Genuine Castle, for a Real Taste of History

Take a traditional boat ride on the former Zuiderzee, where the Dutch East and West Indian Company ships sailed to and from Amsterdam for centuries. End your boat ride at the imposing Amsterdam Castle, the Muiderslot, which gives you a real taste of Dutch history. It is part of the Defence Line of Amsterdam and included on the UNESCO World Heritage List. During the guided tour through rooms full of authentic furniture and paintings from the Dutch Golden Age, you will imagine yourself in a painting by Rembrandt or Frans Hals. The guided tour through the museum’s rooms, all refurbished in 17th-century style, evokes the period, when Pieter Corneliszoon Hooft, also known as the “Dutch Shakespeare,” occupied the castle. In the beautiful herb and vegetable gardens, which still retain the atmosphere of the Dutch Renaissance, you will find many, often forgotten, flowers, herbs and vegetables from times gone by. A walk along the ramparts offers fantastic views of the water-rich environments and the Pampus island fortress. You should not miss the visit to the most beautiful and best kept medieval castle in the Netherlands. 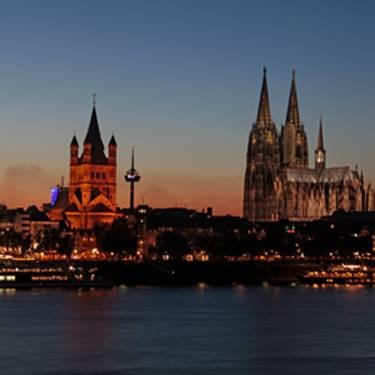 Cologne is not a metropolis like any other; it is a center of multicultural spirit and lifestyle. During the guided walking tour explore the cobblestoned streets of the Old City, which are shadowed by Cologne Cathedral. After the tour you can visit the Cathedral on your own or relax in one of the breweries and sip a local beer, Kolsch. 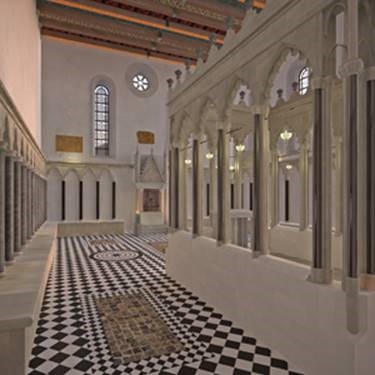 Cologne is home to the oldest known Jewish community north of the Alps, probably dating back to around 300 A.D., when it was the town was named Colonia by the Romans. During your guided walk you will see all highlights, which where important for Jewish life, including an outside stop at the excavation of the Mikwe. The Jewish community built their bathhouse deep into the ground in order to reach the water table and thus the freshest water. 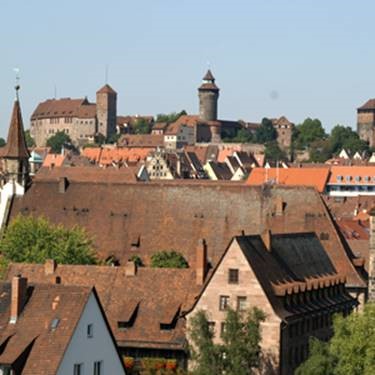 Start the guided city tour with a visit of the castle grounds of the Kaiserburg, once home to emperors, today still dominating the skyline of Nuremberg. After a panoramic drive the tour ends at the large market square, which is located at the heart of the city center, surrounded by a multitude of must-see sights. You are sure to be enchanted by the picturesque flair of the Old Town, take a look around and journey into times past. 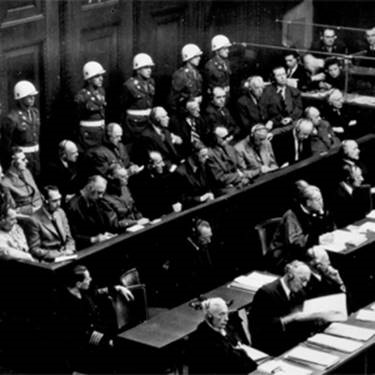 To this day, in Nuremberg’s southern districts, the remains of the buildings on the former Nazi Party Rally Grounds with their immense proportions are a vivid testimony to the megalomania of the National Socialist regime. This area of eleven square kilometers (4.25 sq. miles) was intended as an impressive backdrop for the Nazi party rallies staged here to demonstrate their power. During our guided tour we will visit the most important sights and the Documentation center, which offers all visitors the opportunity of an in-depth look at the Nazi Party Rallies on the spot. 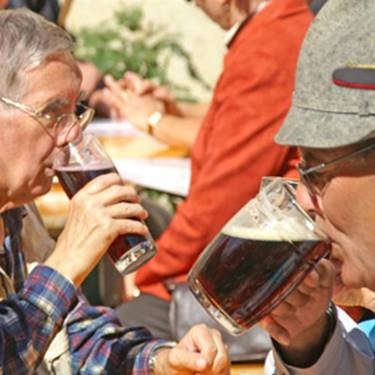 Excursions to Weltenburg Abbey and the Danube Gorge

The Danube Gorge has both a gentle and a strange beauty. In a magnificent show of force, the Danube has carved its way through the Swabian Alb to create a stunning landscape – a wild, romantic stretch of river with sheer cliffs rising over 300 feet out of the water. At its upper end Weltenburg Abbey is located on a peninsula directly below the cliffs of the gorge. It was founded by Irish or Scottish monks in 620 and is one of the oldest abbeys in Bavaria. The present Benedictine abbey dates back to the 18th century when it was extensively rebuilt in baroque style. Their ceiling frescoes of the Heavenly Jerusalem blend seamlessly with the abbey interior and are particularly noteworthy. Important is also that Weltenburg Abbey houses the oldest abbey brewery in the world, as the monks have been brewing beer since 1050. A beer and a “pretzel” are a welcome refreshment. 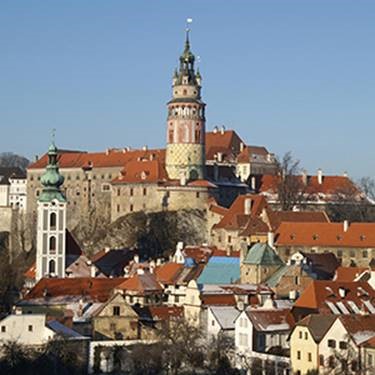 Take a scenic route across the rolling hills of Upper Austria and Bohemia to one of the most beautiful, charming and romantic little towns that is to be found in Europe. For centuries, this small town has enjoyed the reputation of being the “Pearl of the Bohemian Forest”, an extraordinary fortified town built by princes and bishops on the most beautiful bend of the Vltava River. This hidden gem of European history remains as it was centuries ago, a colorful place with over 300 historic buildings, small lanes, art galleries, charming shops and medieval inns; a truly stunning experience. When after WW II the Iron Curtain descended across eastern Europe, Cesky Krumlov found itself even more off the beaten track, with hardly a visitor finding his way there. Our local experts will guide you back in time. Pass by the Vltava (Moldau) River, which was immortalized by Friedrich Smetana’s composition of the same name, before you return to your ship with happy memories from this UNESCO World Heritage Site.

No walkers and wheel chairs and guest with heavy walking problems (cobble stones). 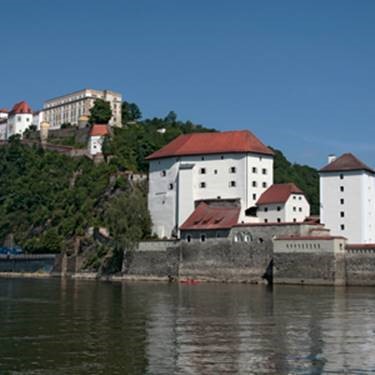 After a relaxing sailing morning you will sail through Passau – the “Three-Rivers-City” is really one of a kind. Witness the natural spectacle of the confluence of three rivers: the Danube, Inn and Ilz. The Old Town of Passau, rebuilt in the 17th century by Italian baroque masters after a devastating town fire, is beautiful. In the heart of Passau rises the Cathedral of St. Steven with its three characteristic, green onion-domed towers. During our guided walk, we will see the highlights of Passau’s Old Town. Picturesque places, romantic lanes and enchanting riverfront promenades, which invite visitors to take a. rest and enjoy the beautiful scenery 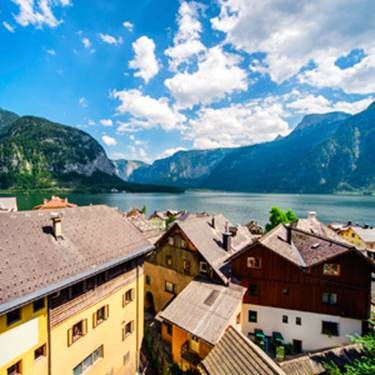 Romantic Austria – a Countryside Excursion to the Salzkammergut Lake District

The picturesque mountain lakes, the luscious green of the hills and fields, striking mountain cliffs and romantic villages – these are just a few reasons that for centuries attracted countless writers, composers and creative artists to find inspiration in the magnificent landscape of the Salzkammergut region, shared between the provinces of Salzburg, Upper Austria and Styria – the famous Austrian Lake District. The literal translation of the Salzkammergut is “salt chamber estate” and refers to an area where salt was mined and which was formerly under the control of the Imperial Chamber in Vienna. Today, the term has developed into a brand name for one of the loveliest holiday regions of Central Europe with over 70 lakes, which are of drinking water quality and range in color from turquoise to emerald green. Let us reveal to you the unspoiled beauty of Gmunden and St. Wolgang region and some of the most panoramic routes in Austria. 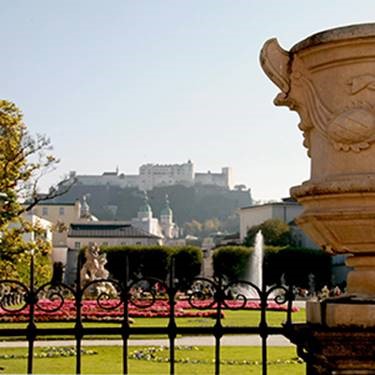 Picturesquely located at the foothills of the Alps the city is known as the birth-place of Mozart. Salzburg is also the setting for the Sound of Music movie, which has shaped the city’s perception in the minds of generations. But Salzburg is much more. It is a wealthy city with history based on the salt trade from the nearby Alpine Mountains-a city full of beautiful baroque buildings, nestled between the mountains and green waters of the Salzach River. In your free time strolling through the small but busy lanes with their wrought iron signs, using a cable car to ride up to the castle on the hill for views, or just passing time by relaxing on one of the many terraces makes you feel part of the scenery. On our scenic ride by coach you will admire the beauty of the region. Our dedicated local experts will talk about and show you the city, and relive scenes from the Sound of Music. After free time we shall also visit the church at Mondsee where the “von Trapps” were married. 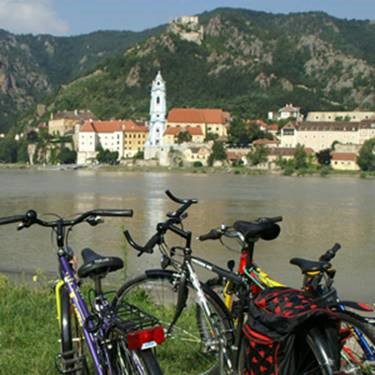 Biking in the Wachau Valley

Biking along the Danube is becoming a popular pastime. So if you are fit and ready for some exercise grab a bike, a helmet and cycle along the waters of the mighty river, passing the lovely vineyards and romantic villages of the Wachau Valley. (Minimum physical condition necessary – not allowed for hearing impaired – weather dependent) 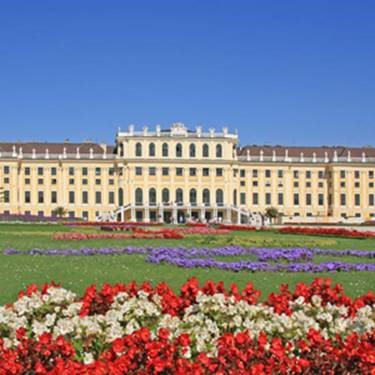 Biking in the Wachau Valley

Schonbrunn, the former summer residence of the Imperial family, is considered one of the most beautiful baroque palaces in Europe. The Habsburgs resided here for the better part of the year in numerous rooms to house the large Imperial family. Emperor Franz Joseph, who later married the enchanting Sissi and reigned from 1848 to 1916, was born here in 1830. The monarch spent his last years entirely in the palace, which became the property of the new Republic of Austria only two years after his death. Today, the palace is part of UNESCO’s cultural heritage due to its historic importance, unique grounds and splendid furnishings. Follow our local expert and visit Empress Sissi’s former summer residence, afterwards take your time to stroll through the park and enjoy the impressive gardens. 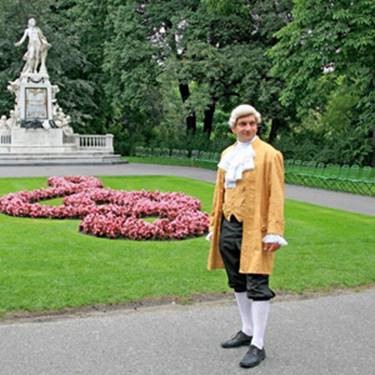 Don’t miss a truly magical evening in Vienna, featuring the most famous opera Arias by Mozart, Strauss Waltzes, polkas and operetta excerpts from “Die Fledermaus” by Johann Strauss, “The Merry Widow” by Franz Lehar, the Blue Danube waltz, the Radetzky March and many others, performed by a brilliant cast of top European singers, beautifully costumed dancers and the Original Wiener Salon Orchestra. A true celebration of joy and optimism featuring familiar music, combined with dance and storytelling that recalls happy memories of a time when music helped to shape the city of Vienna: a city of world-class artistry and a true flair for celebration. 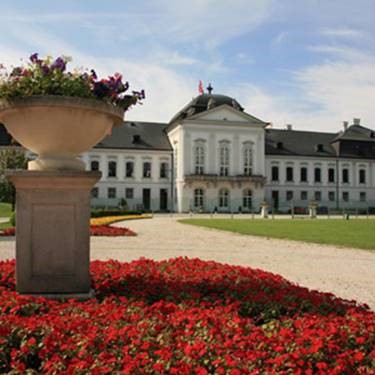 Schloss Hof – A Castle and its People

Just another castle? No! Schloss Hof is more than just a castle. Like other palaces Schloss Hof shows you the splendor of representation, this one also offers beautiful gardens and the empress’ farm & animals. After the guided visit of the palace you can explore the animal zoo-garden; maybe pet the white donkeys, and take your time to explore the palace grounds in order to get a picture of the aristocracy centuries ago. 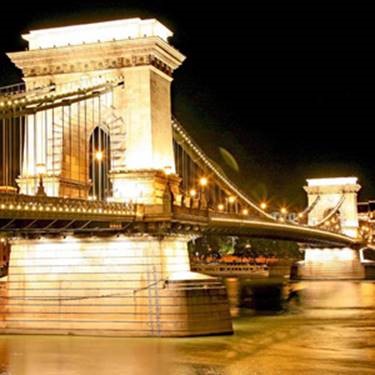 The Hungarian capital is known for its splendid views accentuated by the romance of illumination. Let the unique atmosphere of this magnificent city enchant you, while our expert guide tells you the hidden secrets and stories behind the façades. Do not miss out on a visit to the must see viewpoint from the highest hill in Budapest, a view overlooking this splendid city with an illumination rivaling that of Paris, a view which decorates numerous travel brochures and books. Unforgettable sights, wonderful memories and the magic of lights guaranteed during this panoramic tour with photo opportunities. Discover why Europeans call it, deservedly, the Paris of the East! This excursion is by comfortable coach and includes three must-see photo stops. 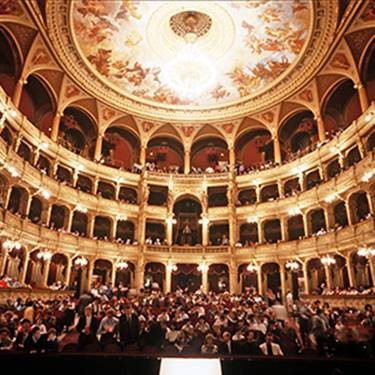 Travel back in time with your guide; join a short coach trip along the Danube embankment with a short walk to one of the hidden treasures of Budapest, the House of Hungarian Art Nouveau. It houses a unique exhibition representing the refined world of Art Nouveau, including paintings, furniture, decorative objects and interiors, to give an insight into the atmosphere of middle-class life in Budapest in the “happy pre-war times”. The second stop of your tour is the “musical jewelry box” of Pest, the Hungarian State Opera House. The building enchants not only lovers of opera and ballet, but everyone who is amazed by the fine neo-Renaissance architecture. Following the visit you will be treated to coffee and cake in the Book Café, in the glamorous main hall of the Paris Department Store, one of the hidden secrets of the city. Sip your coffee and taste a fine delicacy of Hungarian confectioners in this glossy literary cafe with glittering chandeliers and flamboyant ceiling frescoes, painted by the same artist whose masterpieces raise the splendor of the State Opera House, Parliament and several other public buildings. This tour is a must for any passionate photographer as there are plenty of fantastic photo opportunities.