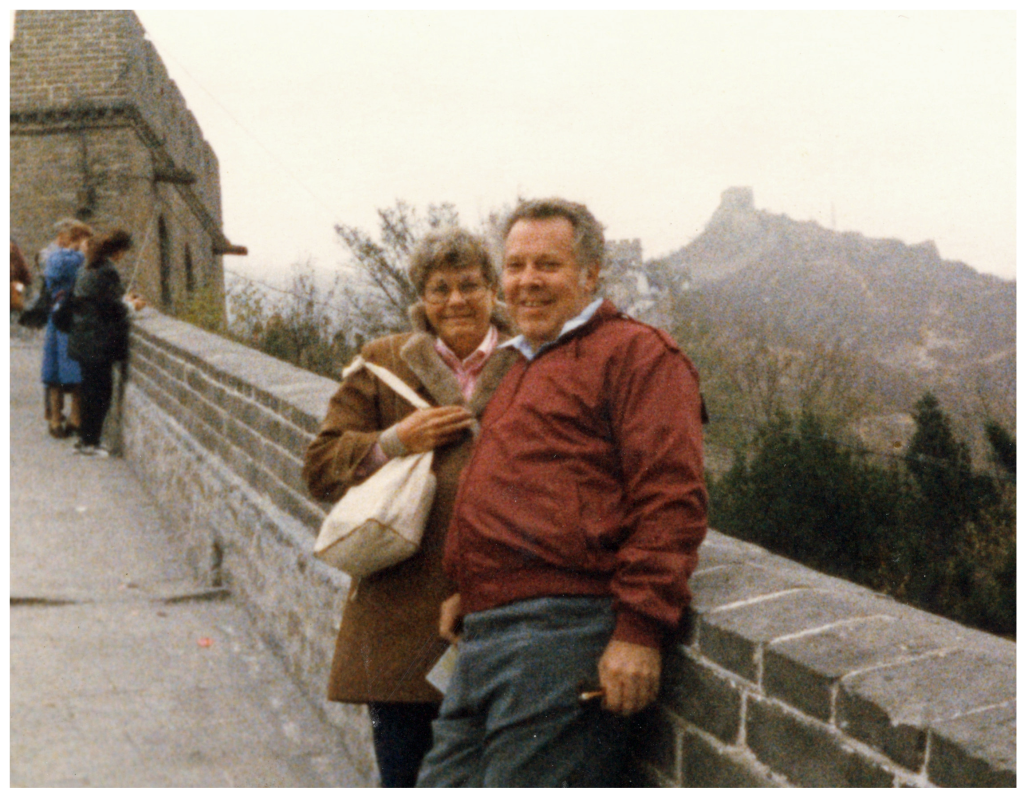 The Harrs at the Great Wall of China

The Birth of Harr Travel

As a man from the heartland, Bob Harr wanted to see the world. As World War II broke out, he enlisted in the Navy as soon as he was eligible. Although he never saw combat, he did see many different parts of the world. The beauty of the seas and foreign lands stuck with him and was not lost even as he moved to Southern California.

Even after seeing the big lights of Los Angeles and Hollywood, he would still constantly dream of far off places. He finally made this dream a reality in April of 1982 when he opened up Harr Travel, a travel agency started as a way to help family and friends with their travel needs. This was Bob’s way of helping his loved ones experience the wonders the world has to offer and open their eyes to all amazing sights and sounds from across the world.

The core values Bob founded Harr Travel on were simple: take care of everyone like family and always do the right thing. These values took Bob further than any airplane or cruise ship ever could. These core values remain as the guiding principles that steer Harr Travel today and is a hallmark of the agency. 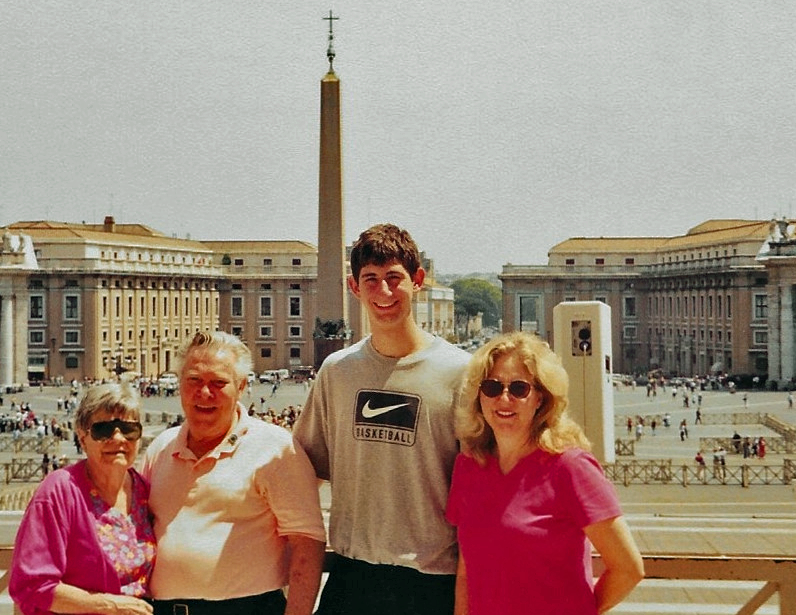 Danny at the Vatican with mom and grandparents.

Inheriting the Love of Travel

Shortly after starting Harr Travel, Bob’s grandson was born. Danny was an ever present fixture of the Harr Travel office. After school he would race down to grandpa’s shop and browse all the travel catalogs with the pictures of the far off and exotics places. Danny would sit there day dreaming about Rome, Paris, and London instead of stamping and organizing the catalogs like his grandpa asked him to do.

Bob took the family all over the world and Danny was front and center for it all. From an early age Danny saw everything in his history textbooks in person; he saw the Coliseum in Rome, the Eiffel tower in Paris, and Big Ben in London. As Danny grew into a 6’7″ basketball dynamo, he never lost his passion for travel. By the time he left for the Air Force Academy on a basketball scholarship, Danny had already been on more cruises than the most avid of cruisers will in their entire lifetime.

Danny’s sea legs are as strong as anyone’s but his legs on the basketball court were not as fortunate and injury would cut Danny’s basketball career short. Fortunately, he found himself back home at the University of Redlands and the first thing he did was enroll in the amazing Salzburg Semester. Being able to live in Austria and travel across Europe solidified his love of travel. So much so, he decided to start taking a larger role in Harr Travel.

Passing of the Torch

Travel has permeated every aspect of his life. Danny’s love of culture, people, and history that came from his extensive travels prompted Danny to become a teacher. Not too long after Danny started teaching, Grandpa Harr passed the reins of Harr Travel to Danny. Throughout the past few years at the helm of Harr Travel and teaching full time, Danny has:

He would make history textbooks come alive through his larger than life personality and first hand experience all the while he would coordinate trips for students and parents on top of the friends and family he was already taking care of. Being a teacher is already really demanding, but juggling that with a very successful travel agency was too much. At the end of the 2015 school year, after over a year of deliberation, Danny decided to pursue his travel dream full time. Within just a year, Harr Travel has added on four travel specialists to its roster of employees.  With the belief that service is everything, family is first and experiences are priceless, Danny’s travel dreams have come true.

Harr Travel is a boutique travel agency that offers exceptionally individualized and personal service that is guided by the original core values that the company was founded upon. For the last five years we have operated under the Travel Leaders Group umbrella.  This $20 Billion per year enterprise gives us synergy to provide the best air contracts possible, wonderful relationships with our air, car and hotel suppliers; yet our agency size allows us to provide the personalized service that you are used to.  Harr Travel can leverage the negotiating power of over 40,000 agents through our host agency to help book any travel imaginable. Harr Travel is happy to welcome you to our family.